Athar Jaber is a contemporary artist with an established international career. He exhibited in various international venues around the world such as Washington D.C., Miami, Dubai, London, Berlin, Prague, Zurich, Rome, Florence and Havana among many others.

His work has been recognized by international organizations and is to be found in both public and private collections such as: FAO headquarters, Rome; Barjeel Art Foundation, Sharjah; The Palestinian Museum, Occupied West-Bank; National Museum of Fine Arts, Havana; National Museum of Art, Lubumbashi.

Athar Jaber is specialized in stone carving and has been teaching the craft at Antwerp’s Royal Academy of Fine Arts for more than a decade.
Additionally, he has lectured all over the world including: Florence’s Academy of Fine Arts, Opificio delle Pietre Dure, Florence; ETH, Zurich; ISA, Havana; UCM, Madrid; SMAK, Ghent; Gerhard Marcks Haus, Bremen; Palestinian Museum, Occupied West-Bank; Malaika, Lubumbashi; Cultural Majlis, NYC.
He also serves as a member of the Flemish Young Academy.

With over 12 years of teaching experience and a Ph.D. in Visual Arts, Athar Jaber has a broad and expert knowledge in every aspect of working stone, from figurative, decorative, architectural and ornamental carving to letter carving for memorials, signs and plaques, as well as conceptual stone sculpture.

Athar Jaber started his private academy to share his knowledge on the subject of sculpture and stone carving and help people become better sculptors. 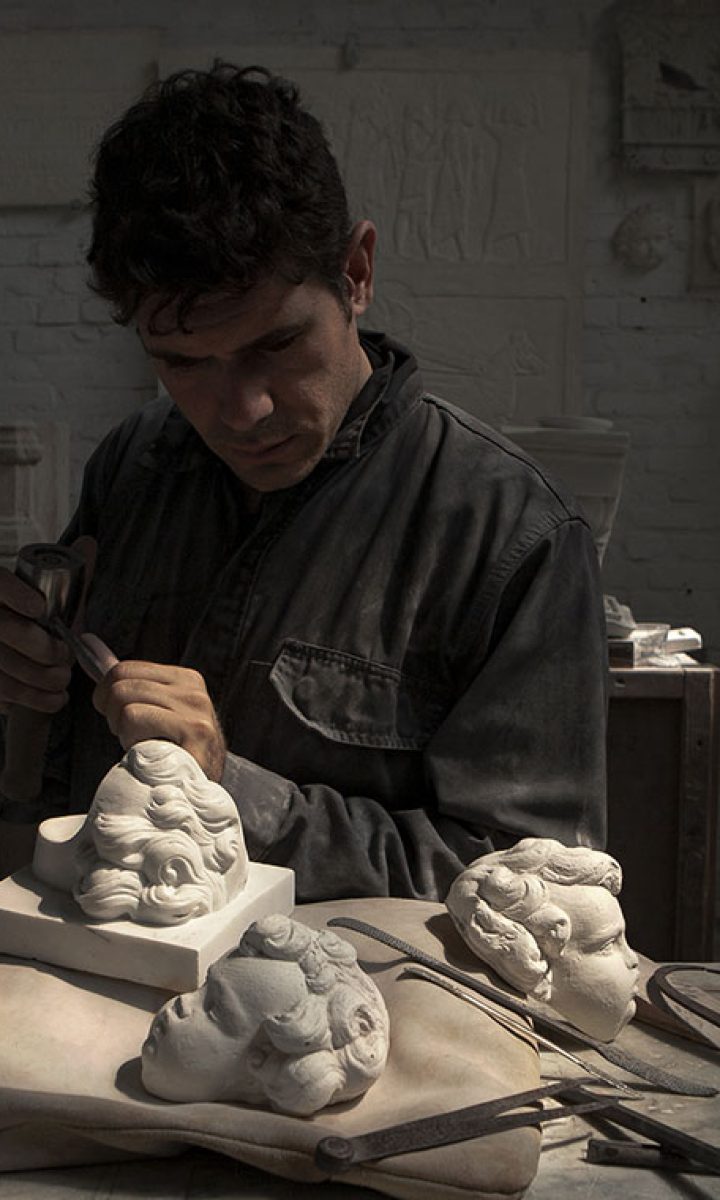 If you wish to stay informed about Athar Jaber’s Sculpture Academy, please subscribe to the Newsletter by filling in the form below.

Thank you for subscribing to our Newsletter.

We will not clog up your inbox, promised.

You will receive our newsletter not more than once a month, with news about our Academy’s educational activities such as courses, workshops, lectures, and tutorials.